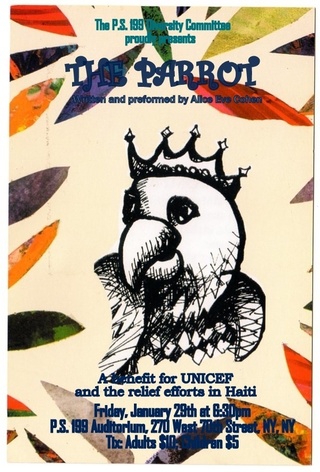 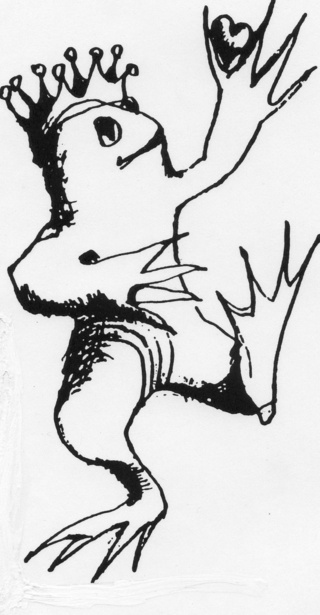 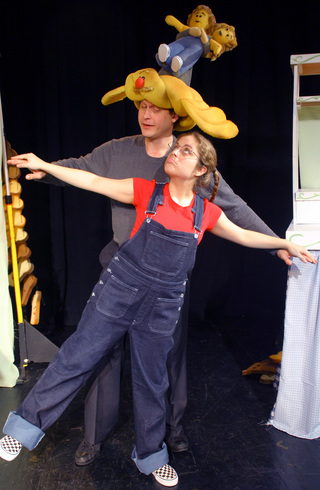 Hannah and the Hollow Challah, by Alice Eve Cohen, performed by Maria McConville and Michael Orth 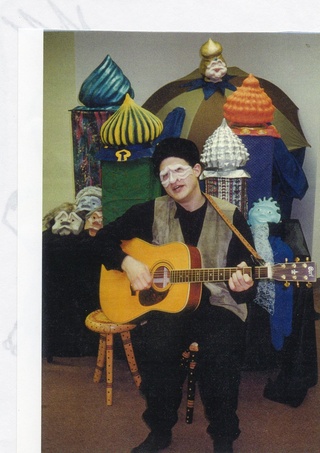 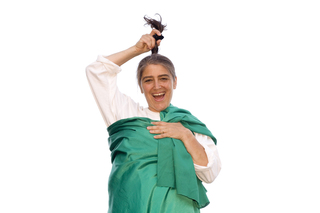 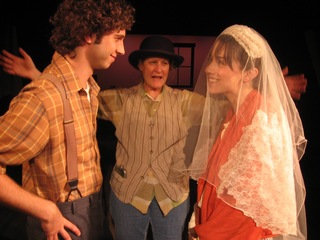 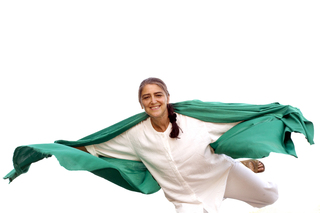 Alice Eve Cohen's solo shows for family audiences have delighted audiences at theatres, schools, museums and festivals, throughout the United States and on three continents. Performances, residencies, workshops, and master classes are available. Scroll down for description of each show.
Contact us for touring information(See CONTACT page.)

"Fills the stage with her dramatic power and comedic skill." The Smithsonian Institute

“The best play I ever saw in my whole life. It was so funny, I hit my head on the floor.” John, 3rd grade

"Book her as soon as you can. You won't be disappointed." Principal, Vernon Elementary School, NY

"Rarely do we experience school programs which stimulate creativity and captivate the attention of the children... This was truly an outstanding program which I highly recommend for elementary schools." Principal, Tomaques School, Westfield, NJ

THE BALINESE FROG PRINCE: Alice plays all twelve characters in this beautiful and moving Indonesian myth, using a large green scarf to transform from one part to the next. With movement, song, drama and comedy, she brings this unforgettable story of a fearless frog to life.

THE PARROT: Based on an Italian folk tale, Cohen plays a dozen wildly funny characters, with the help of puppets, masks, songs and musical instruments, including a dazzling solo for two recorders. A story within a story,the Parrot tells of a courageous girl who travels the world, saving princes and bringing joy to every kingdom she visits. The play moves fluidly between 2 fantastic stories: the story about the Parrot, and the incredible story the Parrot tells.
(In the Middle Ages, THE PARROT was wildly popular throughout Europe & the Middle East, told in Italian, English, Hebrew, Arabic and other languages. The performance embraces the story's multi-cultural background.)

THE THREE GOLDEN HAIRS is a based on a Grimm's fairy tale. Enacting the adventure-filled odyssey of a boy named Fortune's Favored, Cohen uses minimal props and a huge serving of comedy to create sixteen characters and multiple settings in this perilous and hilarious journey. Songs and blues harmonica complete the story, whose archetypal themes connect it to classic mythology.

"The audience was delighted by the joyful performance of WALL TO WALL FROG, an insightful adaptation of two culturally diverse fairy tales."
—Symphony Space, NYC

LAGUSHKA, THE RUSSIAN FROG PRINCESS
Welcome to a world where anything can become a character: a corkscrew, a glove, even an umbrella. Michael Orth’s one-man musical uses masks, puppets, and a large helping of visual surprise to bring to life an evil wizard, a magical frog, hundreds of Russian nobles and the largest woman in the world.

HANNAH AND THE HOLLOW CHALLAH: A play for two actors playing dozens of roles (and dozens of rolls!) 10 year old Hannah loves challah (the traditional Jewish braided bread). One day, she hollows a challah and finds herself inside the hollow (talking) challah, which flies her all the way to Breadland, where all the inhabitants are... bread. Tension (and dough) rises. Hi-carb comic mayhem ensues, in Alice Eve Cohen's funny and touching play for 2 actors and at least a baker's dozen puppets.

“It was probably the funniest show I have ever seen!”
—Daniel, age 7

“Hannah and the Hollow Challah is a great play for the whole family. I brought my family, and they loved it. It is filled with witty humor the adults will enjoy, and eye-catching props and wonderful acting which keeps children engaged. As a 3rd teacher, I would highly recommend this play for school groups and families.”
—Chris Miller, 3rd grade teacher, PS 199, New York City

“About a girl discovering her hidden gifts. 'Hannah' [has] relevance to the world of contemporary Jewish artists, who rework Jewish themes to create new artistic styles...Even Hannah’s mother...needs to bend and reshape Jewish tradition in order to be her authentic self."
- The Jewish Week

“Riveting...She weaves a tapestry of language, music, puppetry and movement, and creates a whole which is explosive.”

Plays include:
Oklahoma Samovar
Hannah and the Hollow Challah
Philomela’s Tapestry
Without Heroes

Solo Theatre Works include:
What I Thought I Knew
Thin Walls
Jessica on the Ceiling
The Parrot
The Balinese Frog Prince
The Play that Knows What You Want